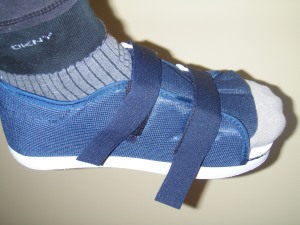 I have enough ER bracelets to open a mini museum, (not that anyone would be interested in that sort of thing.) Between my two children (ages 8 and 6) they have managed to visit the ER at least 15 times between the two of them. For a while I dreaded birthdays, holidays and vacations because my children were notorious for picking those times to have: an asthma attack, allergic reaction, cracked  chin,  high fever, fall on their teeth, multiple bottles of opened adult prescription meds strewn about,  or have a severe ear infection. I expected a show of sympathy when I attended family holidays, detailing the recent holiday mishap. Instead I met with a welcome to parenthood face. Since most of my cousins are older, they had had their share of ER visits and mishaps as well. No big deal.

When it looked like an ER visit was inevitable, I went into packing necessities mode: snacks, water, stuffed animals, books, crayons, paper, asthma medicine, epi-pen, Benadryl. And when they were younger, diapers, wipes, and extra clothes. This time when I headed out the door, I packed the books, water, paper and pen. I headed to the ER alone, with the entertaining sounds of Nirvana on the cab’s  radio.

I was at the ER closest to our new house. It had small one inch iridescent tiles on the back wall, winking and shimmering at me like the scales of “The Rainbow Fish“, a book I had read to many children as well as to my own. The lobby was peaceful and dim, with only a few people waiting. They called my name, even though I was still checking in. How’s that for prompt attention?

I re-explained the strange  condition that had brought me in, over and over to each staff person who inquired. I added bits of humor and sarcasm to mask my fear, otherwise they would have needed to call the janitorial staff to mop up a big puddle of tears.  The doctor came in, although I thought he was lost, looking for the safari that had left without him. He was wearing khaki colored clothes (scrubs?) and spoke to me like a child. Patronizing men are not my favorite and I wanted to tell him that if he had misplaced his hat and binoculars, I had an extra one of each at home in my kids’ dress up basket. Should I have asked him if he knew The Man with the Yellow Hat?

He examined my foot, that had swollen and grown hot and painful during the last several hours. No, I had not injured it. No, I did not have any type of wound. No, no, no to all the questions he asked. I was baffled and concerned, not to mention a bit terrified. I had spoken to my mother earlier in the evening and she had relayed a scary story of a blood clot that traveled to the lungs. The worry wart in me decided I should get it checked out, because “what if…?”

A technician wheeled me  over to the x-ray room, just as a precaution. The contraption on the ceiling resembled a cream-colored version of my vacuüm cleaner at home, with clips and hoses snaking everywhere. The ceiling was a colorful maze of 80’s  fluorescent orange and neon green strips of tape. The x-ray machine started quickly with a jingle of sounds, like one of the new LG washers and dryers signaling the start and stop of the wash and dry cycles. It stopped while it was in mid jingle, as though someone had pushed the stop button by mistake.

Next was the blood draw. The doctor wanted to rule out gout. I thought to myself, isn’t that an old man’s disease? But who am I to argue with Dr. Safari?  The blood man came in and I realized how alone I was. I had no one to cuddle, console or create a diversion for when scary needles appeared. I focused on my book, so as not to recreate the scene from 10th grade biology class where I passed out while getting my finger pricked to determine my blood type. Supposedly I have good veins like my Dad, who always got called when there was an upcoming blood drive. But I have never given blood because I don’t think the nurses would want to peel me off the floor.

While waiting for the blood results, a young nurse came in to custom fit me for a fashionable and stylish hospital issued blue boot, complete with Velcro. This, I was told, would stabilize my foot.This, I thought, would match none of my clothes.  Maybe my daughter could decorate it with Hello Kitty stickers at home.

Finally, the blood results came back. No gout for me. Instead, I learned that I had a high white blood cell count. The doctor diagnosed a case of: (now sing it with gusto to the tune of Hallelujah) CELLULITIS! CELLULITIS! CELLULITIS! What? You’re telling me I have cottage cheese dimples on my foot? Oh, that’s cellulite. Cellulitis is a bacterial infection in the under layers of the skin. My discharge instructions: keep your foot elevated, (hmm, I wonder how I’ll manage that?) take a round of antibiotics (four times a day? I’m sure to miss some doses) and follow-up with your PCP (did he just give me permission to take an illegal drug? Oh, my Primary Care Physician. Now I understand.)

And by the way, Easter is in 2 days. The family tradition continues! 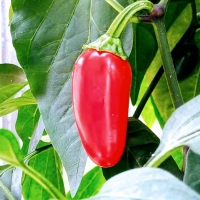 A site to discuss better education for all

The only blog that you really want to read...or ignore.

Photographs, adventures, and other stuff that happens to me and my life in NY.....

find your voice. wow your readers.

Fear No Weebles
She's A Maineiac

This, that and the other thing

Looking at life through photography and words

Growing older is inevitable. Growing up is optional.

Magic in the Backyard

The Coming of the Toads
EL Appleby: Brain Fragments

out of my tiny mind

"My soul is from elsewhere, I'm sure of that, and I intend to end up there!"

Freelance writer back on the edge ready to jump!

The Art and Craft of Blogging

In the Spaces Between Words and Images
Sarath Chandra

Live to Write - Write to Live

We live to write and write to live ... professional writers talk about the craft and business of writing

Hi, My name is Sue and I am a signupaholic...

A blog for anyone who loves animals as much as they hate germs.

The latest news on WordPress.com and the WordPress community.